It is 5:30 a.m. Friday morning, June 28th, in Seattle and as I look out of the window in my office, the sun peeks through a blue sky, promising a beautiful day.

Today, I write from my own computer and there is no exploring a new city to find an internet cafe, no monetary or time constraints and my missive will not be underlined in red because the Spanish keyboard can't understand a word I write.

Even more importantly, I will have spell-check. :-)

This post script will close my El Camino journey.

I spoke to you last from Santiago sharing:

I also told you that I would go to Finisterre. 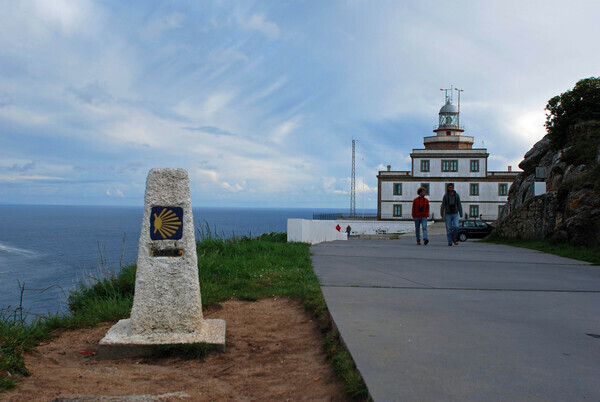 I met 3 other pilgrims that I had encountered along the way who because of time constraints decided that they would do a one day guided tour to Finisterre and invited me to join them. I thought this would be the perfect solution, and it was.

Our bus left at 9:00 a.m and we returned to Santiago that evening at 7:30 p.m. Our guide was wonderful. We got to see the coast which is breathtakingly beautiful, stopped in several fishing villages along the way, Muxia, a very significant town for pilgrims, being one of them. 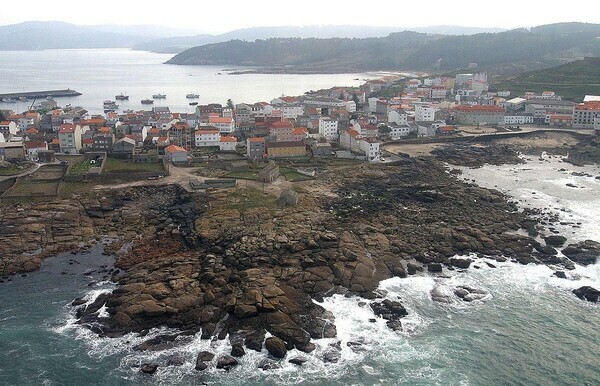 We saw stone structures that had both the Celtic pagan symbol and the Christian symbol of the cross, 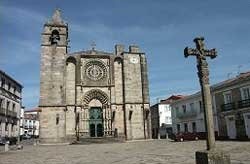 Where people stored their grain and provisions and kept them dry during the winter next to every house, 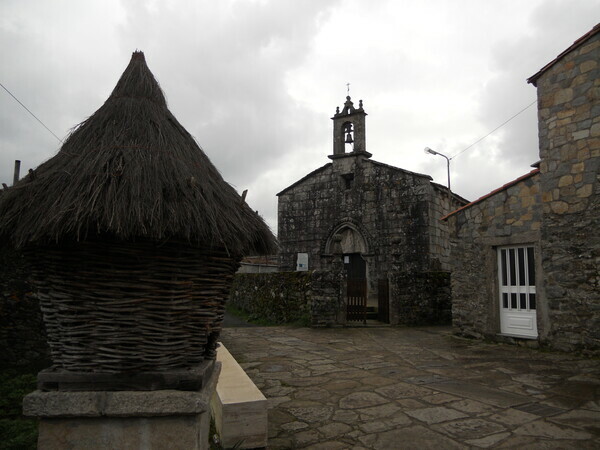 And, when we arrived at Finisterre, I got to experience what the 10th century pilgrims thought was the end of the world from their European perspective as they looked out at the Atlantic Ocean. 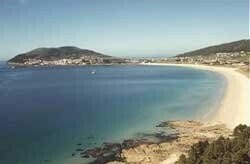 Today, we know that Portugal is the farthest point west from Europe. The lighthouse in Finisterre which guided the ships through very treacherous waters, is very different from the lighthouses that I know from my travels in the US. 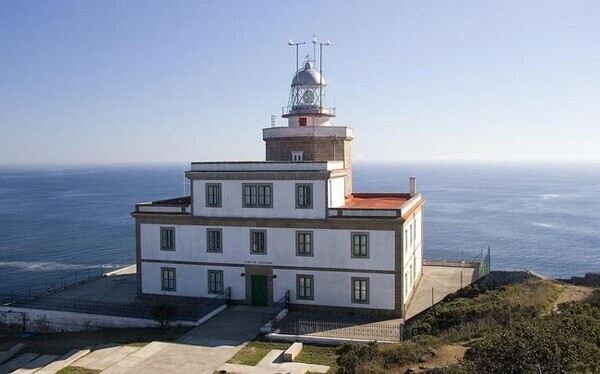 The following day, I flew from Santiago to Paris, arriving late afternoon, spent the night in a lovely Bed & Breakfast, 3 km from the airport, that my daughter researched and booked for me. 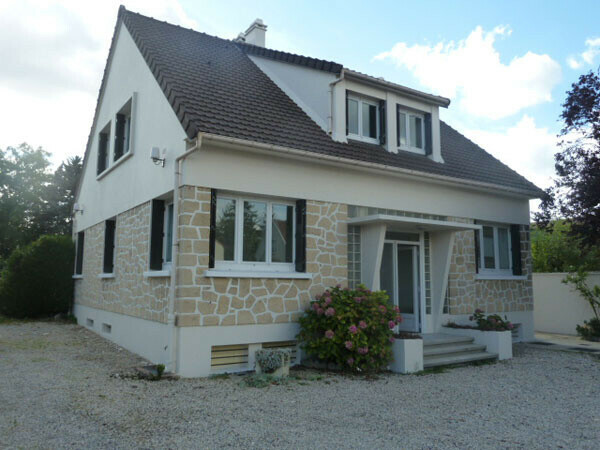 And, on Thursday morning at 10:40 a.m. my plane in Paris brought me to Seattle. It was an 11-hour flight, which meant I sat on the plane for an entire day.

I arrived in Seattle to find my husband, Hart, my daughter, Rochelle, and my son-in-law, Geoff, waiting for me exactly as they had been waiting until I was out of sight when I left almost 7 weeks before.

Here's a video of my arrival

I had come full circle.

It has been a difficult 9 days. In the year and a half that I spent preparing for this trip, working with my incredible trainer Sheri Goodwin (below): 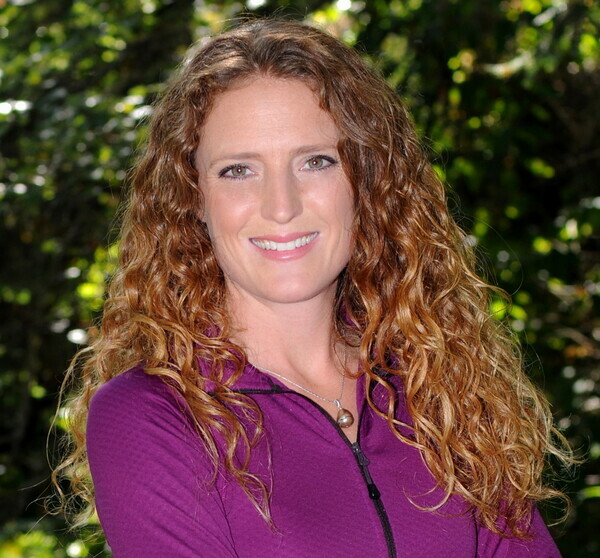 who did El Camino several years ago and who was key in preparing my body for the grueling day to day encounters that I would experience, and being mentored by Dr. Barbara de Lateur (on the right) who provided invaluable information, and speaking with many people,

The one thing no one told me was how difficult it would be to return to the world I lived in.

After all of that,

It is true that I went through large cities like Pamplona, Burgos, and Leon. But I was in those cities for a few hours and then I was once again walking in silence. It was more like having grandchildren. You enjoy them for a while, but then you send them home to their parents and you have peace and quiet again.

Rochelle and Geoff who did a 4.5 month bicycle tour traversing Canada from Vancouver, B.C. to St. John's, New Foundland last summer, said it took them several months to reintegrate into their lives in Vancouver after their tour. Having them here was helpful because they understood what I was going through.

Hart has been amazing. He has been incredibly patient and kind. I would get up every day, eat something, bathe and spend the rest of the day in bed in a fog. Of course, adding to the re-entry process is the jet-lag component. My dear sister Jean swears by No Jet Lag, a homeopathic remedy that works wonders for her. It works when I go east. When I come west, neither No Jet Lag nor Melatonin seem to work and I don't do sleeping pills!

As I write this one last time, I can say the fog is beginning to lift. You may remember that a man said to me along the way, "when you arrive at Santiago, think of me and ask yourself what now?"

I set out on this journey with 4 goals.

I think I did a pretty good job of accomplishing all my goals. I did not fall once. I listened to my body, heard it and learned so much that I was able to work on during the journey and which I will continue to work on. For the most part, I was able to be present and in the moment. I kept my heart open when I wanted to shut down and run away, and I laughed a lot and had fun, even when I was alone.

This journey has deepened and enriched my relationship with God, with myself and with everything and everyone on the planet because I feel His/Her/Its energy in everything connecting me to everything, supporting me unconditionally. I was never alone. God was beside me every step of the way.

A huge takeaway for me from this journey, (and there are so, so many), is that wherever I went, wherever I was, wherever I had been, there I was--there I am.

So much changed. Nothing changed.

There is a sameness to being in the moment that if we are able to be, is unchanging. The change comes when we abandon it and in the process abandon ourselves.

What now?! On Monday, I will return to my studio, The Compleat Voice. I will continue my work helping others on their journey to own and refine their voice in the world even as I work to do the same.

This week, the Supreme Court made a decision regarding voting rights. 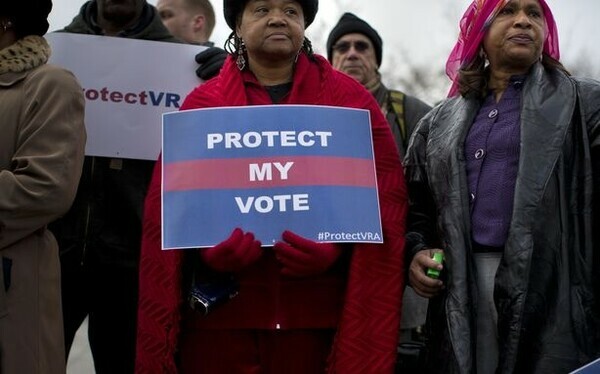 Their decision directly impacts and weakens our voice as a nation, as individuals, because the right to vote is the platform where we bring our voices, individually and in community, to express what we believe. Our voice expresses our power.

I have spent my life investing in, working with and using my voice in many ways to express and share who I am, what I believe with others. I love the voice and if you go into my website, TheCompleatVoice.com, you will better understand why.

So perhaps, my work is to be open to whatever opportunities are out there to make sure that as individuals, as a nation, we stand up and say to the Supreme Court, "no one takes away my voice without my permission and you do not have my permission." "Lift every voice and sing!"

Here's a video recording of Lift Every Voice and Sing! 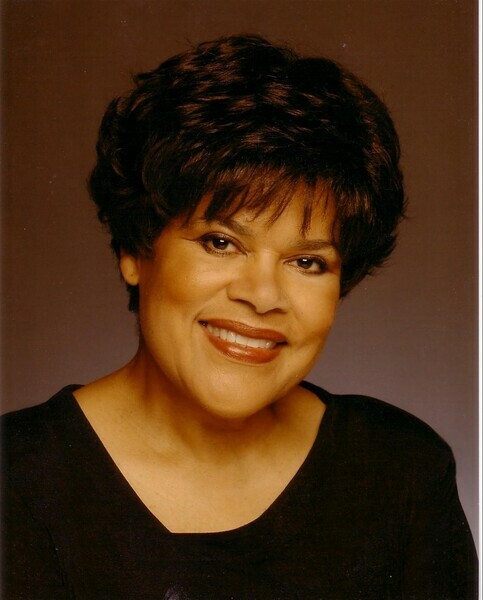